by WHISPERS IN THE SHADOW 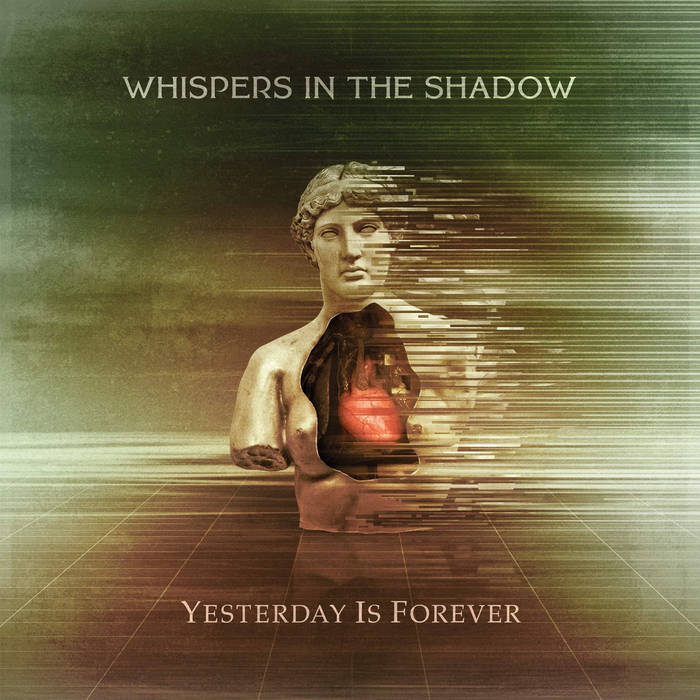 For the 10th time, WHISPERS IN THE SHADOW step out of the shadows into the public eye with a new studio album. Their fourth on the renown Berlin based Label SOLAR LODGE. Even in the chaos year of 2020, the Viennese band is not slowing down but instead walking the path they’ve always walked.
Their answer is the same as for all crises of the last 24 years of the band's existence: good music and a good sense of humour. Standstill and repetitions are foreign words in the ever-evolving band cosmos. With the inclusion of a 12-string acoustic guitar, a new dark folk sound mixes with the classic WHISPERS Goth Rock tunes, held together by the unmistakable voice of singer Ashley Dayour.

FOREVER 1985, a powerful rock anthem opens the album, which can be described as a classic WHISPERS track. Afterwards, the five-piece band proves that they are not afraid to face a three-minute pop number, but with that typical twist that always lurks around the corner. WALK ON THE MIRROR leads into a black-psychedelic wonderland, which in THE FUTURIST turns into a cosy, dystopian nightmare before the TOXIC EXPRESS takes full steam "on our way to excess" and leads back to rock heaven. The ensuing rhythmic drum craze from A WAR THAT NEVER WAS finally destroys any illusion of having figured out this band and album. And finally, THE I IN THE VOID takes one deep into the darkness of one’s personal shadows.

YESTERDAY IS FOREVER is full of surprises, a black kaleidoscope that chases bright flashes across the retina as one listens. Each song an independent planet, together they make up a larger universe in which the catchy melodies don't let go so quickly. Despite all the diversity, there is never any doubt as to which band this is, not only because of the singing and voice, but also thanks to the detailed, transparent and powerful production by Ashley Dayour and Martin Gutmann aka MASH Productions.

When it comes to the lyrical aspects of the album, this time Ashley Dayour has not submitted to any overarching concept, but has given his unconsciousness more freedom in the form of chain of thoughts and associations. The result are succinct lyrics, some of which follow the path of the previous album THE URGENCY OF NOW.

“Behold! This is no drill!” Ashley warns us in the opening line of the album. The warning is directed against any form of unhealthy love for the past and nostalgia out of hand in general. You can literally see his eyes rolling when “Yesterday is forever” blasts out from the speakers. A line like “The more we fear the future, the more we recycle the past” from PASSION PROJECT, makes it obvious and clear for even the most irony free folks out there how all of this is meant to be understood.

Past (PASSION PROJECT), present (TOXIC EXPRESS) and future (THE HORROR), they all get caught in the crossfire of criticism, but without allowing themselves to drift into a hopeless Weltschmerz and self-pity. Your own personality is not a victim of the tides, but a self-chosen, versatile construction that you can develop at any time, even if you sometimes have to leave your ego behind. "Detached from what I thought I would be", WHISPERS IN THE SHADOW rear their heads and fearlessly face the future.

Booklet and cover, which were created by the artist Billy Phobia, make use of past, iconographic elements, only to immediately turn them into subjects of critical consideration. The audience is left behind with somewhat ambivalent feelings. In the end, the question of what time you want to live in can only be answered by yourself. WHISPERS IN THE SHADOW are just the catalysts of the mind. The rest is left to the listener.

WHISPERS IN THE SHADOW Wien, Austria

Bandcamp Daily  your guide to the world of Bandcamp